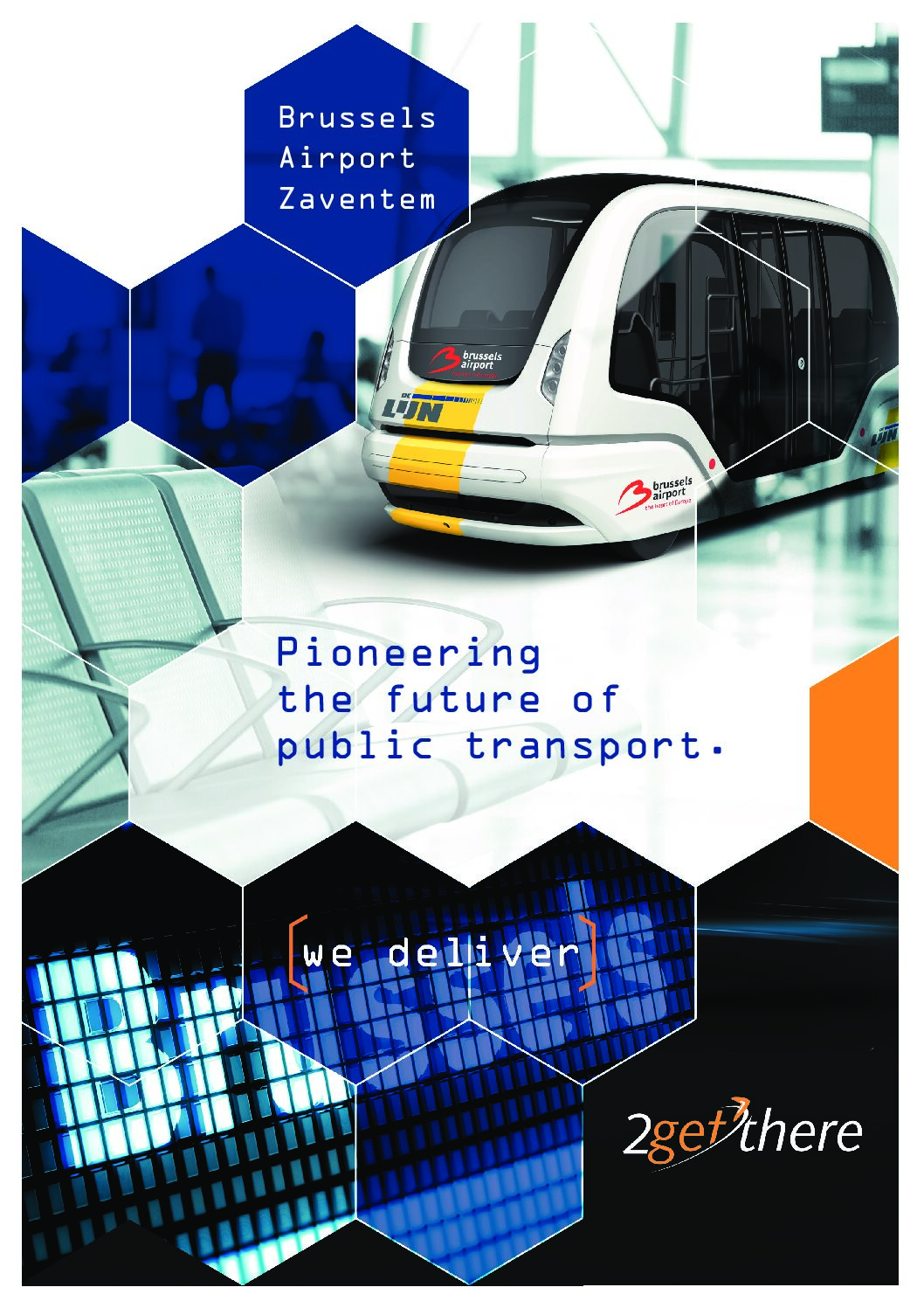 In 2015, Brussels Airport Company and De Lijn, the public transit operator of the Flanders region of Belgium, joined forces to investigate deploying self-driving electric shuttles at the airport. The airport was experiencing around 5% annualised growth in passenger numbers, and IATA had predicted a doubling of passenger numbers at Brussels Airport by 2036. The partnership had to find a sustainable and effective solution from an experienced partner, which is why they chose 2getthere’s self-driving shuttle system for Brussels Airport in April 2018.

The overall delivery of the project is broken into four stages, with the first being the proof of concept. During the autumn of 2019, testing of the solution will begin at 2getthere’s test site in Utrecht, followed by the first self-driving 2getthere shuttle being trialed at the airport.

In this period, the team will perform all the necessary safety tests in various weather and typical traffic conditions. During the test period, no passengers, visitors or staff will be on board the vehicle. Once this testing has been completed successfully the project will move into the delivery stage at the site.

In the second stage, a fully operational self-driving shuttle system will be delivered between the main terminal and Brucargo, carrying passengers, staff and visitors. In the direction of Brucargo from the terminal, it will serve as the last mile transit for workers arriving by bus and train, whilst at the same time providing easy access to the terminal from discount parking for passengers and visitors.

After the initial delivery stages the transport system will be further extended to CANAC, linking the airport’s self-driving shuttle system with the air traffic control center. This will be completed in two stages, the first extending the network to the airports technical zone, Technics South and finally in the last stage to CANAC.

A Little about Us

We deliver Autonomous Vehicle Systems for Smart Cities and Smart Airports. Our technology is based on 25+ years of experience with automated vehicles operating in variety of challenging environments. Depending on the requirements and configuration of the application, our driverless vehicles operate in mixed traffic, dedicated or segregated lanes. Our purpose and vision is to continually develop the landscape of automated transit technology by maintaining our entrepreneurial spirit and having a little fun along the way. 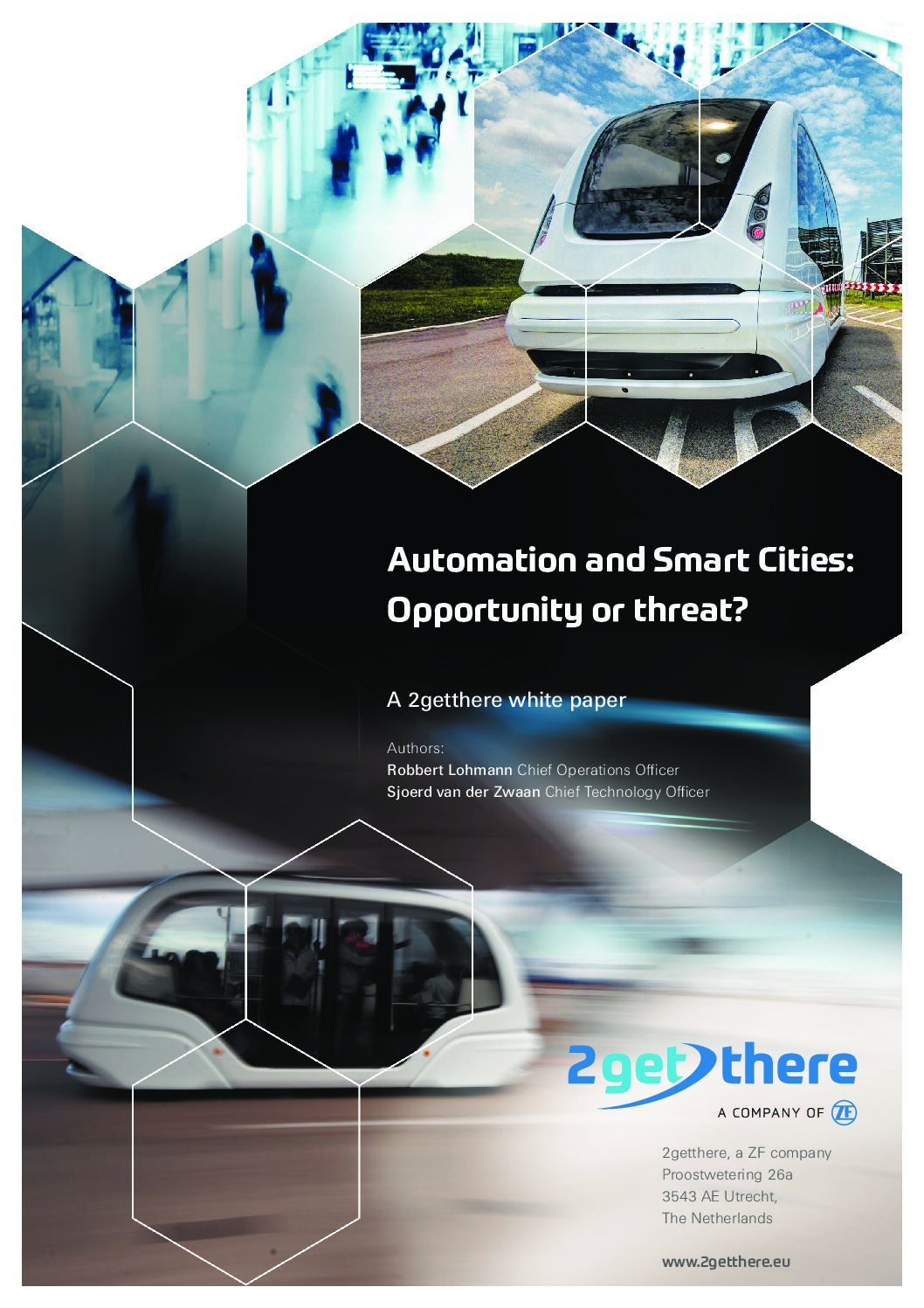 Technological developments like the IoT and Big Data analysis are providing new opportunities: these urban concepts are referred to as Smart Cities.

Use the form opposite to get in touch with 2getthere directly to discuss any requirements you might have.